In my early 20s, I was sitting in Washington Square when a man coming up to me to ask to borrow my pen. I was holding it under my coat, to keep my hand warm in the November weather. The pen was for making notes in the book I was reading, and the man asked what this was. I said Steppenwolf. “That’s a fun book,” he said, and he asked if he could make up (not recite) a few poems for me. About me, I think he said. I suppose this was a come on, and I as usual did not want to be come on to, but I was comfortable enough to say that I liked one poem but not the other (“The first one was better”), and afterward there was a third about which I don’t recall having an opinion at all. I assume if he noticed the pen I was hiding, he had also seen the title of the book I held, and that was what had invited him over. “More than Prince Charming to me” were words he poemed with. It must pay some sort of compliment that I remember.

Hermann Hesse was a literary hero of mine. Many readers, when they find an author who appeals to them, devour one book after another, but I haven’t done this since Dragonlance in junior high. I break at least a few books between each, more or less waiting until another calls me back. (I believe more in a mystical Muse as a reader than a writer.) Despite this restriction, I still got around to Siddhartha and Narcissus and Goldmund. A few pages in The Glass Bead Game felt so perfect, I wanted to tear them out and eat them.

Recently I read Damien, which I bought for pennies from a used book store outside Chicago that was going out of business. I’m almost embarrassed to say this, but I hadn’t noticed before how clearly Hesse’s struggles with depression fill the gaps between his neatly structured sentences and paragraphs.

The foreword to my edition of Steppenwolf had said that book is often misread as a despairing view of the world, whereas it is one filled with hope. While it’s true that elation colors, it’s the kind of joy that you only attain after scraping pretty close to the bottom. This must have been what drew me to Hesse then.

I had some emotional difficulties at an important point in my developmental. The details are hazy now (because I have long since chosen not to think about them), but I remember how in high school, with fifteen minutes to get ready to leave in the morning, I would spend over an hour staring into the closet, feeling powerless to pick something to wear. (One particular red-white-and-blue Hilfiger shirt stands out in my mind as an embodiment of all the useless despair of existence.) I also did things like sit on the stairs in the dark and hummed to myself at four in the morning. I could not sleep, I was always asleep. I was incapable of hacking it in any of the areas of life where I used to excel, and my relationships deteriorated. I spent a lot of energy pretending to be a functional human, yet felt frustrated with people who could not appreciate what a state I was in. “Helpless” and “terrified of help” summed up my condition pretty well.

It took years to reassemble assemble the pieces that period pounded me into. Having witnessed all my powers give out, I lost any self-confidence. I felt I had to accomplish extraordinary things just to be able to trust myself again. Since the company of other people had become stressful, I spent a lot of time alone reading and writing. I taught myself two languages. When I look now at the books I used to study ancient Greek, it seems impossible anyone could have learned the material from them unless they had already been exposed to it in the past. But I did learn, and pretty well. I knew that becoming a person again would require an incredible amount of will and creativity, and the difficulty of this task provided an outlet to pour that energy into.

I know it’s not what you put in blogs like these, which are supposed to be about self-acceptance and how you are fine the way you are, but at that time, that tea was too weak to have any medicinal value. I had to push far past anything I would have thought myself capable of before.

As I think about this now, I realize how very ancient ancient this idea is. The labors of Hercules were about reclaiming one’s humanity after a bout of mental illness.* These were no lesser feats than conquering hell and holding up the sky.

My first attempt at writing a novel felt like this kind of exertion: I was determined to demonstrate I could to write breathtaking sentences and paragraphs for longer than you had endurance to read them. I wanted to clobber a reader to death with length and breadth of my will and imagination. It was less about expressing myself or working through a feeling than an assertion of force and a declaration of self—much more like smashing with a hammer than giving birth. I believed strongly I was making what a novel was supposed to be: an opportunity for its reader to watch its writer try very valiantly to be alive. 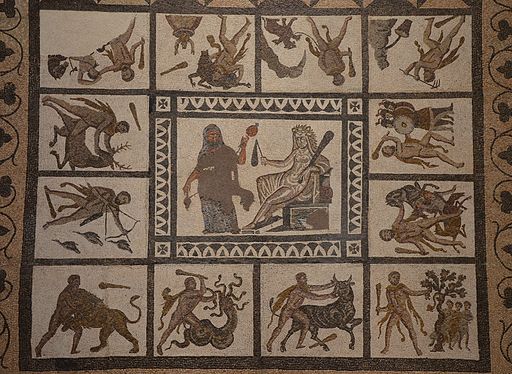 *Shh, Hercules goes insane and slays his Disney princess. The film leaves that out, but you can read about it in Euripides.

The Skiapod and the Purple Onion

The Accidents of Reading