Sympathy from the Devil: What the Great Adversary Taught Me About Fiction

I went down to the Crossroads
Fell down on my knees

I’m not going to tell you that I sold my soul to write, but my adult experience in fiction began with an encounter with the devil. 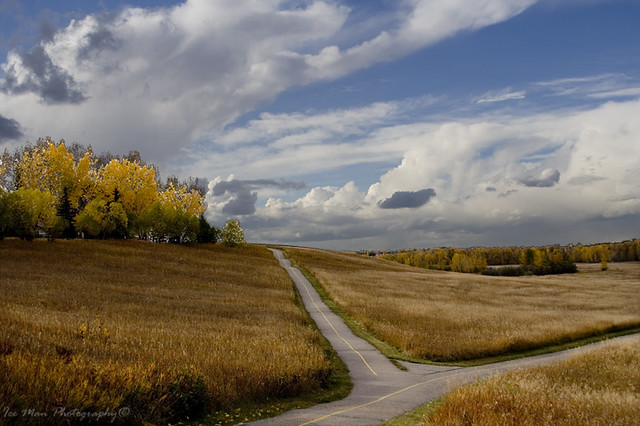 My junior year of college I took a class on the history of the devil in literature, music, and film. The final assignment was a creative project, and I wrote a twenty five page story about a university undergraduate’s relationship with the dark lord. God knows what it was about, but I haven’t stopped hammering out words since.

Here’s some stuff I like about the devil archetype and the devil’s pact as a plot device.

You Can’t Always Get What You Want

The devil offers his victim the one thing in life they desire most. Either it destroys them, or else they must perform some legalistic contortion to save themselves, abandoning the benefit of whatever the devil had originally granted. This conceit, clunky though it may be, addresses the basic questions of what is at the root of human happiness and what creates the obstacles that keep us from it. (If art does no more than this, it’s enough.) Despite all the evil in the world, man-made and otherwise, the most difficult struggles, which produce the most damning outcomes, are often internal to well-meaning people.

The Devil Is Cheesy

He wears a red tie and special shoes to hide his cloven hooves. He finds puns and human misery funny in the same way.* Even the most terrifying devils have a cornball essence. This is deliberate. The devil is dangerous because he makes himself difficult to take seriously. It doesn’t matter how many countless thousands he’s trapped, everyone always takes a look at him and thinks they can get the better of him.

All of us believe we are too special to fall for the most universal traps. This is the fundamental human failure. You and I have both made it and we’ll make it again.

The Devil is Necessary

The world is a dizzy whirl of right and wrong, lawful and unlawful. The path to any worthwhile destiny covers a mixed terrain of both. No one has ever accomplished anything worthwhile without crossing over these lines, and anyone afraid to do so is scornful to us. Whatever the devil represents, the duty of a courageous person to make deals with him.

The Devil is a Sympathizer

The most compelling devil characters show compassion for human desires. God offers delicious fruit to human beings and forbids them to eat it. What a tyrant! The devil asks what is so virtuous about self-denial. Isn’t demanding it from others a kind of perversion? God makes the rules from his cloud upon which no speck of dust ever settles. He doesn’t understand what it takes to survive down here in the grit and the muck. But I’ve lived down here forever, the devil says, I haven’t got it in me to judge. So whom do you think you should trust? Whom should you have as a friend?

Knowledge is the forbidden fruit the devil offers, and in the tradition of these tales, there is always a mirror. How fun is that?

The best thing about the genre is it contains examples from all over the spectrum, from highbrow through the middle grade, all the way to the trashy. Great examples of each. The heights and depths, as Goethe’s Faust would say.

Here’s a couple of highlights from the materials in my college class:

Because academics have a good opinion of themselves and the work they do, this Elizabethan tragedy is often interpreted as about one man who champions intellectualism in the face of the overwhelming influence of religion and its superstition. However, when the devil invests Faustus with limitless knowledge and power for a period of seventeen years, he does nothing with it to improve the human condition (for what other purpose are the freedoms of the academy granted?), but instead squanders his time being senselessly nasty to those he considers his inferiors. His death at the end, brutal and lonely, is not a last brave refusal to recant to the powers-that-be but an utterly deserved annihilation. In a world where no good ever comes of good, where nearly all human potential is spilled spitefully onto the ground, it is no wonder that Mephisto says of his time on earth, “This is hell nor am I out of it.”

The Devil and Daniel Webster

Webster, serving as legal council for a devil’s pact maker, argues that the terms cannot be honored because his client is an American citizen and as such cannot be handed over into the service of a foreign prince. The devil is indignant. Who has better claim to American citizenship than he? Wasn’t he there when the first white man wronged the first Indian, wasn’t he on the deck of the first slave ship? Even granting the film does this with a fairly light hand, calling Satan the foremost American is pretty baller for 1941. You probably couldn’t say that at all now, and there’s not even a war on.

The legend of this Delta blues musician stands at the heart of the American mythos. Despite the country’s gluttony for entertainment, the creation of culture has long been treated as an act of theft. To come from nowhere and to move us in new ways proves the artist made a demonic bargain to achieve whatever success he had, and his inglorious downfall is a deserving outcome for the deal. This idea is so enmeshed in our social fiber, it is even more fervently advocated by those idealize him. A tithe is demanded for the privilege of enriching the culture, and an appropriate shorthand for this price is “soul.”

This delightful cheese-fest stars an unconvincing Keanu Reeves as an undefeated defense attorney. When Reeves refuses to abandon a case due to his wife’s deteriorating health, the outcome is disastrous. Al Pacino’s devil says to him, What did I say to you? Maybe it was your turn to lose. This is a fun wink to the conceit of the whole genre: the devil didn’t even make him do it! And why should he? Regular human vanity is all the temptation most people need.

Do you have a favorite devil? Leave a comment below. I have nowhere else to be! 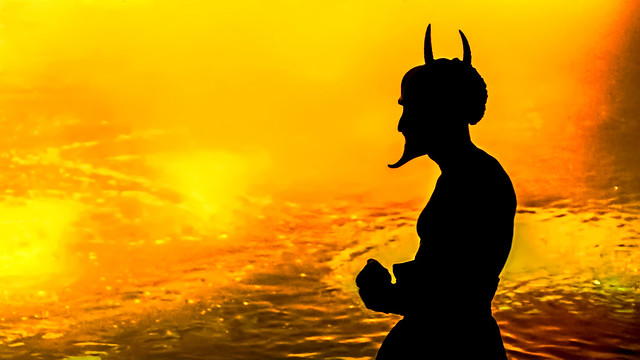 *Peter Cooke in Bedazzled is my favorite example of a devil who walks the line between innocuous and sinister.

The Skiapod and the Purple Onion

The Accidents of Reading